The Dunes of Sossusvlei 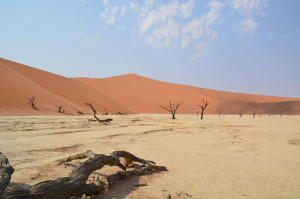 We landed in Windhoek, Namibia in the afternoon of Sept. 4th to sample some of the serious heat that we were to face in the following days. Woodland Hills had trained us well, and our endurance was about to be put to the test. The customs line was unwieldy: a lot of German was being spoken rather than the Afrikaans to which we had accustomed our ears in South Africa. In addition, Phineas developed a rather high fever that spiked while we were on line: the children’s tylenol took its lazy time to kick in. We were not impressed by the welcome, but we hear from all nationalities that the US customs process itself is among the harshest and unfriendliest in the world these days, so we’re not complaining. All in all, it took us 3.5 hours from landing to getting on the road to town, inclusive of our time in customs detained with the Unite To Light solar lamps, and the AVIS mandatory training class (done live with a ppt presentation) about how to drive in Namibia, with subsections containing statistics on accidents and a “how to drive on gravel” refresher class. The one fact we took away was that the rate of accidents in Namibia is 50x the average in Europe. All the while we had Phineas and Eilir convinced that this was indeed their “driving school” and that after the presentation ended, they would be handed the keys and tested on their skills. Although this kept their attention, they preferred to sit in the back seat and play rather than take the wheel. 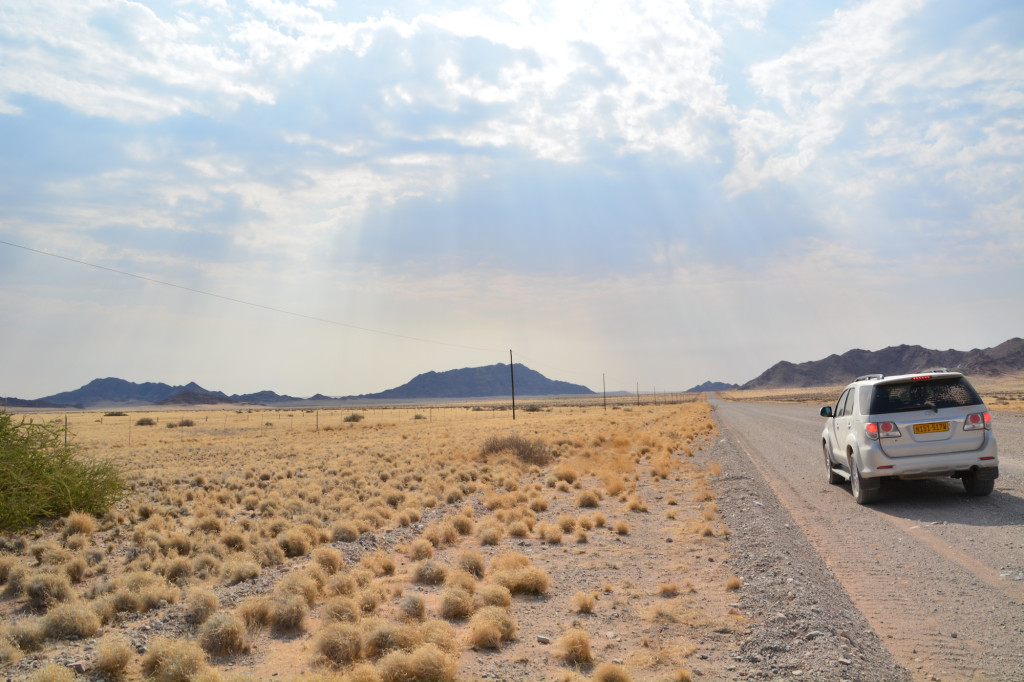 On our way to Sossusvlei

We stayed one night in Windhoek, the capital of Namibia, adding 4 to its population of 234,000 for a night. Namibia has ~2M residents. I suspect approximately 33% are German. There’s not much more we can say about Windhoek: we hit the gravel in the morning as early as we could muster! The drive to Sossusvlei would be 5 hours of beautiful scenery, the first 40km on paved road, the following 300km on gravel. 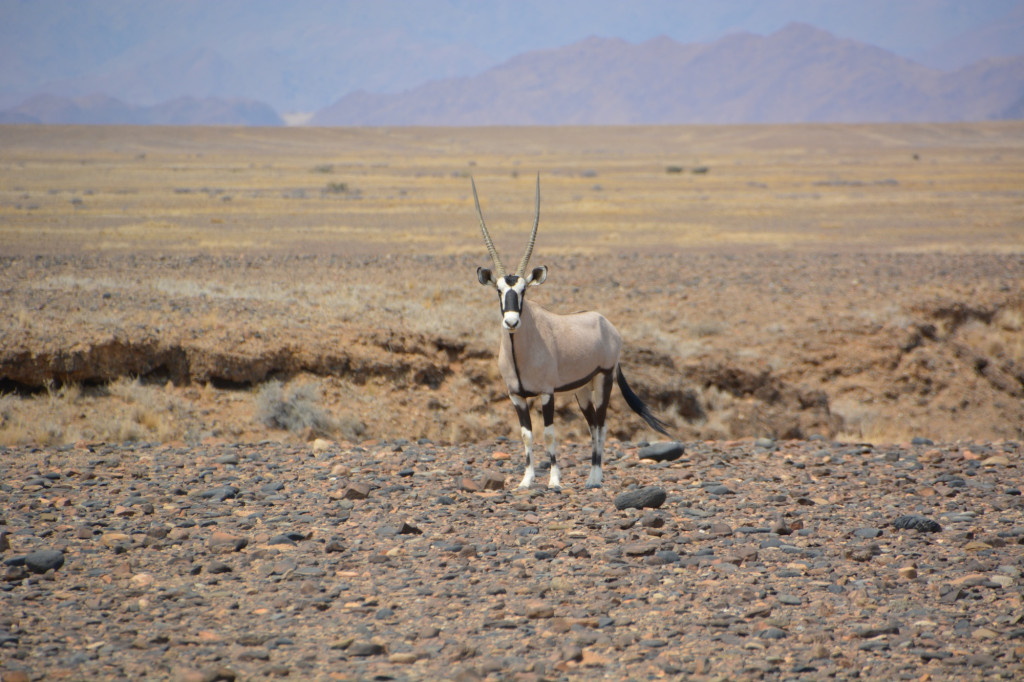 The landscape was desolate, with beautiful rock formations reminiscent of driving through the best parts of Nevada and the lesser parts of Utah, but even less densely populated. Staffan spotted our first wild animal: a warthog! Next, he spotted some Springbok and Gemsbok (similar to antelope, but a deep grey with white and black face). Little did we know that Staffan and Eilir were meeting their dinners for the next 2 weeks! Then came the ostriches, with their ungainly gallop and swiveling necks. We arrived at Sossusvlei lodge an hour before sunset and were able to relax by the bar, walk around their private grounds, and enjoy a wonderful meal of salads, game, and delicious fare to please the palates of all. 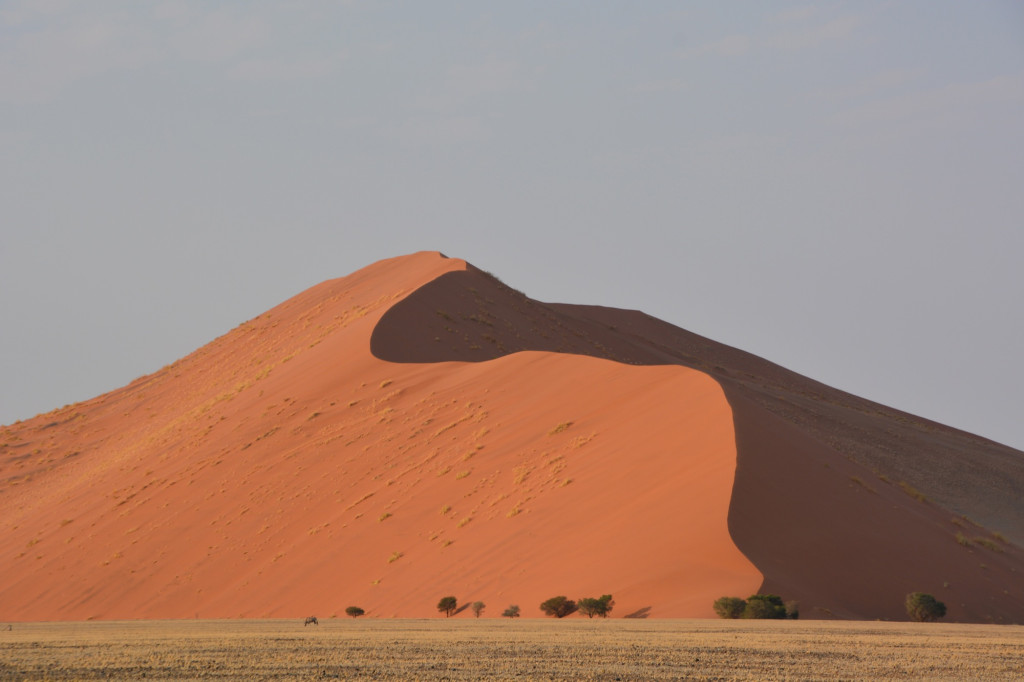 The gates to Sossusvlei Nature Reserve open at 7:20AM, just after sunrise. With pre-packed picnic brekkie in hand, we drove into the Sossusvlei Dunes reserve just as the park opened. It was a 60km drive through stunning scenery palated by yellow brushy plains shadowed from the East by dark rocky mountains, and lit to the West with burnt amber dunes. We arrived at the first major dune, aptly named Dune 45, after 45 km. Given that the temperature was still reasonable, we opted to attempt the climb. The kids were amazing, trudging upwards, ankle deep in fine red sand, step by step. As the wind picked up on the ridge, the climb became a bit more of a challenge as the kids wanted to sit and rest their heads in the sand. It goes without saying that this can end in disaster for the eyes… Eilir took a sand shower but all’s well that ends well, right? For extra fun, Staffan took them sliding down the steep side of the dune closer to the bottom. Phineas proclaimed, “I don’t ever want to hike up a sand mountain again.” Less than 30 minutes later, we embarked on our second sand mountain to the sound of his , “ohhhh no, not again!”.

What can I say about this starkly beautiful and desolate place that is not better said with pictures? It is a landscape that is constantly shifting with time, like an hourglass of epic scale. The dunes can move a kilometer in a year, but retain a strongly defined shape at all times. I suppose that all landscapes are ever changing, either cyclically or with age, but somehow this landscape seemed more out of place on earth, and in tangible, visible motion from the wind gusting fiercely over the crests, that it made a deep impression. This, the place that is pictured on the covers of guidebooks, that is awarded the front cover of Tripadvisor, an iconic traveller’s destination, was at our feet, sand in our hands. It was much more of an otherworldly experience, making a greater lasting impression, than I can convey. Our journey has begun. 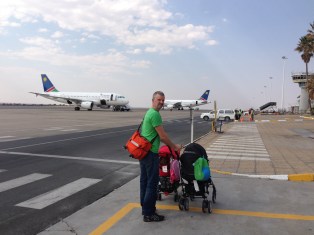 Before the nightmare at customs began…

Not Table mountain! Just one of a series of cool views from our drive

We couldn’t figure these out: they adorned many trees…

This bridge had to be crossed to get to our cabin. Fun! 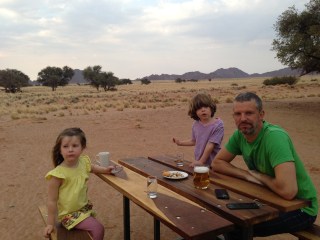 A rare moment of sisterly love

Hmmm. Are they drugged? 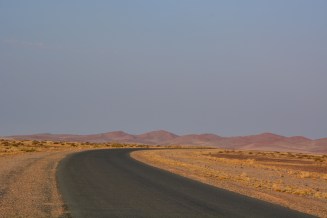 The drive into Sossusvlei 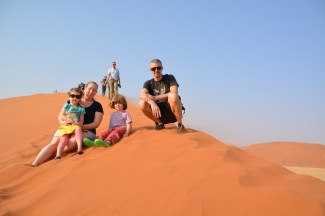 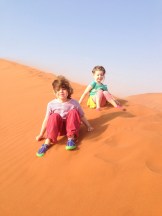 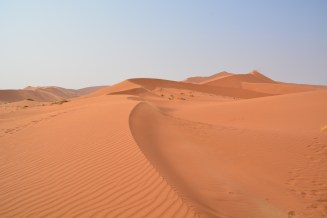 The hike to Dead Vlei

…and demanded to be carried back to the car. 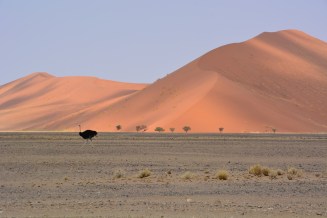 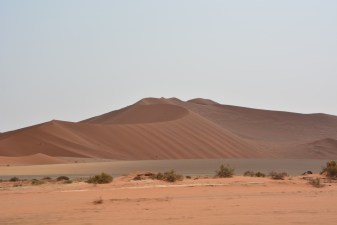 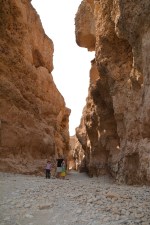 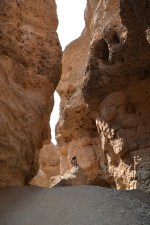 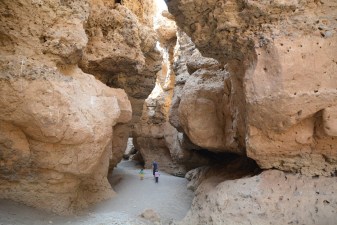 From: kids, Scenic, travel
← Jeffrey’s Bay: My best birthday ever!
The Skeleton Coast and Damaraland →