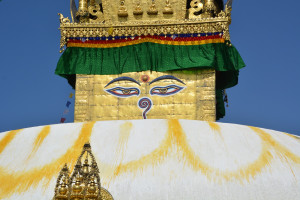 Walking the crowded, narrow streets of Thamel in Kathmandu, with its chalkboard menus shouting momos and banana pancakes, trekking and whitewater rafting companies crammed into the alleys, and shops stuffed with knock-off trekking gear, pashmina scarfs, rugs, Tibetan thankas, and idols of Buddha and Ganesh, you could almost lose yourself, tele-transporting from this to any other backpacker enclave in the developing world. But Kathmandu brings you back quickly, erasing any nostalgia with a sense of anticipation and excitement that even the throngs of dreadlocked, yoga-panted, slightly unfresh budget travelers cannot squelch. There’s a mystique to the temples and stupas, with their all-seeing eyes watching over the valley, and the chance sighting of the looming Himalayas when the fog clears, that brings one’s mind to peace amid the hullabaloo.

All told, before and after our trek, we spent a little more than a week in Kathmandu and Pokhara, which was just a little less than a week too long. We frequented the narrow, cobblestone streets of Thamel, taking in espressos, momos, and the occasional falafel. We toured the temples, the stupas, and paid our respects to the living child goddess called Kumari Devi, who is the reincarnation of the Hindu goddess Durga. Phineas and Eilir were intruiged by her story, chosen at age 4 to be taken from her family and live with the monks in a Newari courtyard house in Durbar Square, coming out to be worshipped and grant wishes only 13 times a year at festivals, only to be replaced upon first menstruation by the next chosen goddess. After a series of tests, and passing the 32 perfections, such as having thighs like a deer and a chest like a lion, the final test for the child candidate is to spend a night in a dark room with the severed heads of ritually sacrificed goats and buffaloes hanging above her without showing fear. When the kumari graced us with a brief appearance from her wood-latticed window, looking just as she does in the postcards for sale throughout the city complete with a painted third eye, Phineas and Eilir greeted her with hands gently pressed together, casting their wishes (Eilir’s to become a fairy and Phineas’ to become an ice dragon), before continuing to frolick about the courtyard absorbed in their imaginary games. 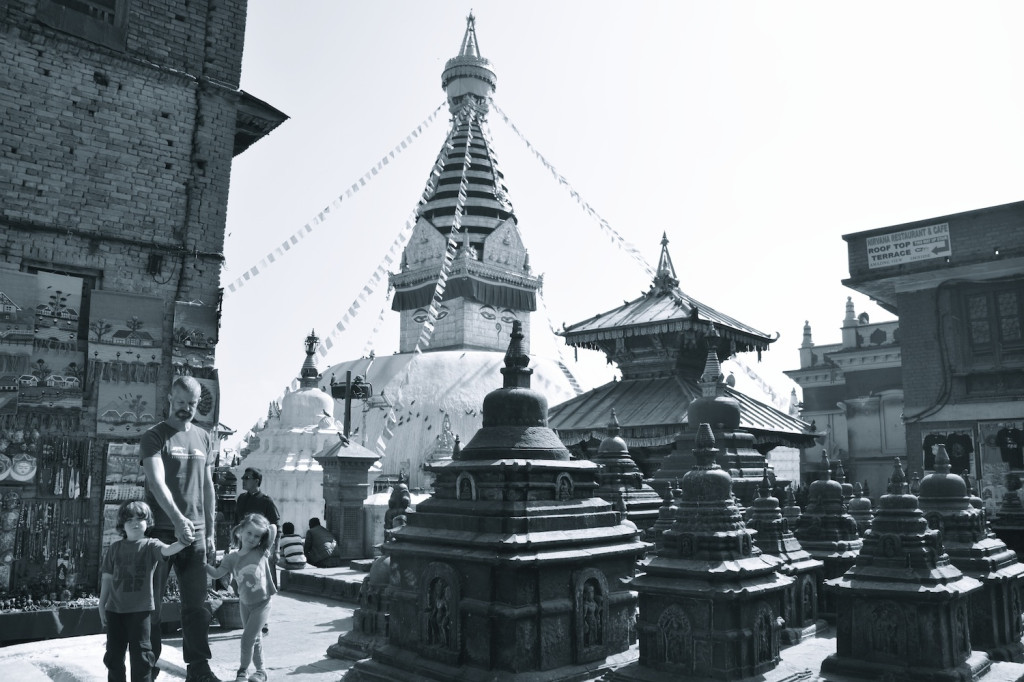 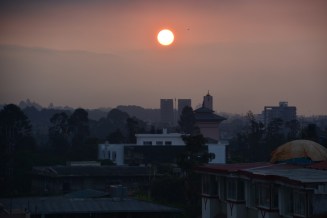 Dawn from our 5th story walk-up in the Samsara hotel, Thamel, Kathmandu

The eyes of Swayambhunath Temple 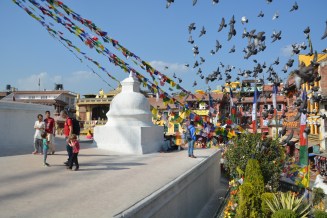 Meat and fruits. The kids loved the butcher shops with orange pig and goat’s heads. I was surprised at how well they took this. 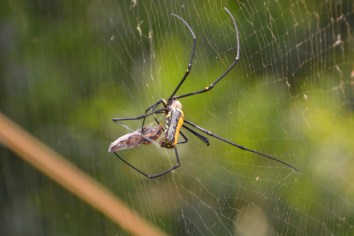 Stocking up for our trip! 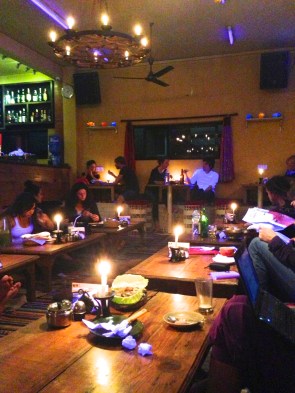 What better to do than swing like monkeys at the temple? 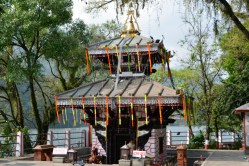 Varahi Mandir, a small island temple in the lake Phewa. 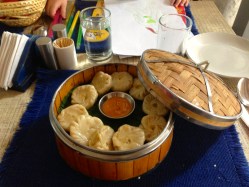 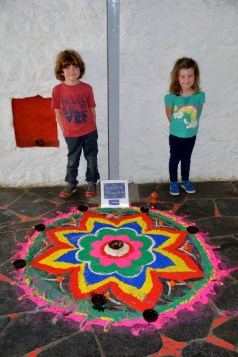 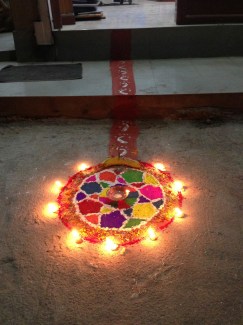 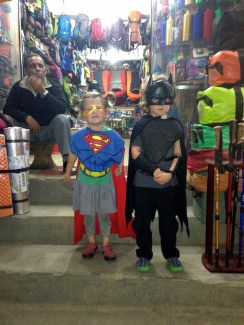 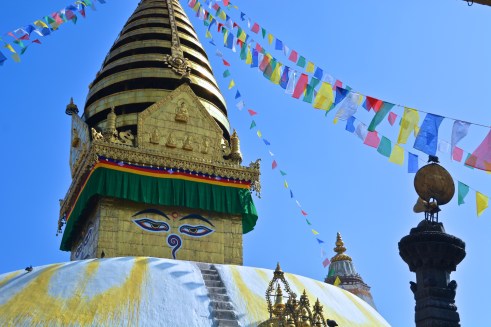 The eyes of Swayambhunath Temple
Tags: kathmandu, nepal, pokhara, stupa, thamel, travel with kids
From: kids, travel
← Hi Ho! Hi Ho! It’s off to trek we go: Annapurna region with munchkins
Ever been in Vientiane? →